Miami is a cosmopolitan and exciting city that is world famous for its vibrant nightlife, stunning beaches and beautiful people. It is also within easy driving distance to surreal swamps, abundant wildlife and many lovely tropical islands and keys. The following are a few excellent day trips from Miami that visitors might enjoy.

Grand Bahama is the northernmost of the islands of the Bahamas, lying 56 miles (90 kilometers) off Florida. Travelers who want to check out Grand Bahama can hop aboard a three-hour cruise from Miami to this beautiful Caribbean island. Once there, visitors can spend the day exploring Freeport, which is the second largest city on the island. Or if they prefer a little sun and relaxation, they can head to one of island’s many stunning sugar-white sand beaches. Some tours to the Grand Bahama may also include a visit to the Grand Lucayan Hotel, which boasts a beautiful private beach, several restaurants and a large casino. 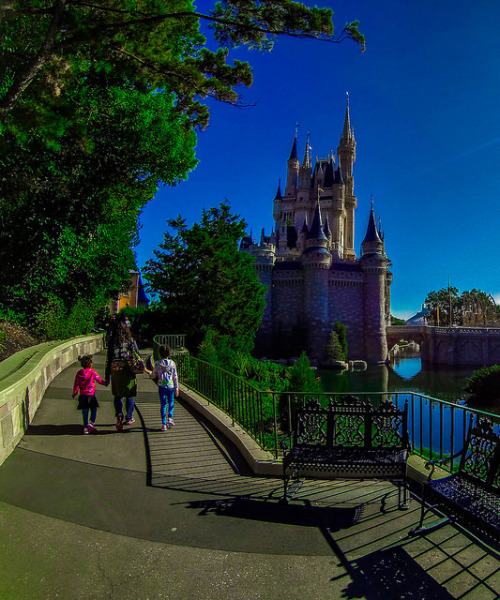 Orlando is practically synonymous with Disney World, but the city is also home to a Sea World and Universal Studios parks, making it an ideal destination for some family fun. It is about a 4 hours drive, so this is going to be a long day trip from Miami. Travelers can take the stress out of getting to one of these theme parks from Miami with a convenient one-day admission ticket that includes transportation from their Miami hotel.

This Florida state park, which is located in Key Largo, was the first undersea park in the United States and is famous for its beautiful coral reefs. While John Pennekamp Coral Reef State Park is not surprisingly popular with scuba divers and snorkelers, its reefs can also be enjoyed by non-swimmers, who can enjoy viewing them on glass-bottom boat tours. The park is probably best known as being home to a copy of the underwater statue called “Christ of the Abyss.” This bronze statue sits under 25 feet of water and depicts Christ raising his arms up toward the surface of the water. 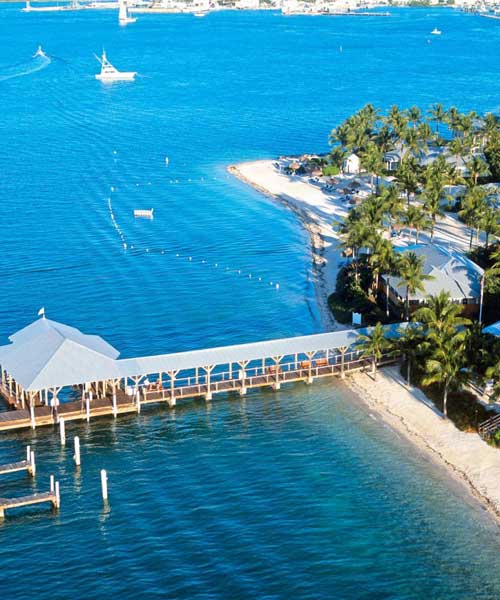 About a three hours drive from Miami, Key West is famous for its fun-loving attitude and for being the southernmost city in the continental United States. Over the years, many famous people have been attracted to this charming and offbeat town, including Tennessee Williams, Jimmy Buffet and Ernest Hemingway. Fans of the latter will enjoy visiting Key West’s Ernest Hemingway Home and Museum, where they can learn more about this famous author. Travelers to Key West will find plenty of places to enjoy good food, live entertainment and fun cocktails. This town is also famous for its many festivals, including PrideFest in June and its Fantasy Fest in October. For sea lovers, the waters off of Key West are great for swimming, scuba diving and snorkeling.

Fort Lauderdale, which is located about 35 minutes north of Miami, offers visitors a more laid-back atmosphere than its big-city cousin. But that does not mean Fort Lauderdale is a boring town. Far from it. Like Miami, Fort Lauderdale is graced with beautiful beaches, as well as a large number of bars and restaurants. This city is also a major yachting center and it boasts one of the nicest promenades in Florida. Fort Lauderdale has also been referred to as the Venice of America because of its canals, on which visitors can enjoy scenic boat rides.

The Everglades is a huge wetland ecosystem that is home to a large variety of wild animals, including but not limited to the endangered Florida panther, alligators, crocodiles and manatee. In addition, Everglades National Park is a birdwatcher’s paradise. One of the best ways to enjoy the Everglades is on an airboat. These boats skim along the surface of the water and allow visitors to go deep into the Everglades where they can look for wild creatures, including crocs and alligators. The Main Entrance of the park is near Homestead, about 45 miles from downtown Miami.