You might think old Chewy is hard up for drinking companions when he’s resorting to drinking with statues, but nothing could be further from the truth. It’s not so much that I need company to dine on spirits with so as to avoid making my alcoholism look as rampant as many of you suspect it is, it’s just that I feel the need to give tribute where tribute is due. Some of these statues have been up for a really long time, seen their fair share of ridiculous/horrible things, been mocked worse than Buckingham Palace guards and have just taken it. Seems they deserve a good drink, if you ask me. So if you ever come across any of these statues/monuments and see a glass set next to them, you can safely assume Chewy has been there and good times have been had. 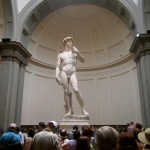 This guy has been through a helluva lot through his existence, not the least of which is being mercilessly mocked for his lack of pants. I feel for the guy, I really do, particularly as everyone knows size matters not, it’s all in technique and I think he and his trusty weapon did the job well when it came to Goliath slaying. In addition, he often gets overlooked in favour of his clones that cover every square inch of fair Firenze, so much so that many people forget to even give him a visit.

Honest Abe probably gets a lot of visitors each year bitching about their problems and looking to him for guidance, but I bet nobody stops to ask him how he’s doing. I’d start off by discussing whether he’d seen any good plays lately and he’s probably tell me he hadn’t heard that one before and that I was a keen wit who surely would go far in life, to which I would feel pleased by being complimented by so wise a man, then realize he was mocking me and then pour us another drink. Well played, Abe.

A deity who has spent it’s entire existence laying down? Not since Futurama’s Hedonism Bot have I so found a golden idol that I can totally get on board with their lifestyle. He’s clearly not going anywhere, so I might as well bring the bottle and chill for a while.

Completing my section on blasphemous libation buying is none other than big C himself. On top of being in a beautiful city with a great view, you better believe Jesus deserves a drink bought for him. The obvious choice would be wine, because… well… that’s supposedly all he drank, right? But I would probably grab him something fruity with a parasol because it seems to say “I like to party” and I think he’d be down for that after watching millions of Brazilians go about their dirty sinful business*.

*this isn’t a slam against Brazilians in particular – he just watches them 24/7… I’m sure he’d find everyone equally sinful. 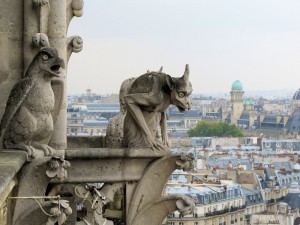 Hanging out atop Notre Dame in Paris has to have its perks and I’d like to get a gargoyle’s take on it all. Are they really the devices of damnation that they’ve been made out to be or are they more like the wise-cracking, often articulate Disney version? What was Quasimodo like? Do they hate pigeons? These are the things that keep me up at night and if they don’t for you as well, then you have my pity.