Chewy Leave a Comment on Blackout Drinking – A Cautionary Tale

Come gather ‘round children and let me tell you a story about a time I knocked back a few too many spirits and ended up quite far from home. It was one of those experiences that sounds like it couldn’t actually happen to anyone but let me assure you, it very much did. In actuality though, it was a lot worse for a friend of mine… but I’ll get to that in a minute.

Now I’m well aware that in the pantheon of drunken cautionary tales, it’s those where someone gets hurt or violated or robbed that get all the attention – and for good reason, they are terrible. This isn’t one of those stories… but it still did suck. 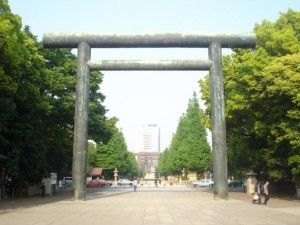 The time was six years ago. The city – Tokyo. The beverages were flowing, the times were merry and the cares were far from our minds, as was customary after a day of work. We were just about to leave our favourite izakaya to head home when my buddy had a brilliant idea – let’s head downtown and keep the good times going! I wasn’t so sure as I was starting to feel a bit tired, but he was insistent. Our boss, who was probably the least responsible of all of us, said he knew a great place that he really wanted to show us and he knew some people who worked there that could get us in without paying cover.

Well that sealed the deal for my friend. Me… I was dreaming of laying down somewhere, but I sucked it up and agreed we would go.

We got on the train and started heading for Shinjuku (about a 20 minute ride), with each of us cracking a fresh brew for the trip – mine was a Suntory Times Premium Malt… I don’t know why I still remember that as that was one of the last things I remembered. The last thing I remember was my boss saying it’s too bad we didn’t think of this sooner as he could really go for a wicked night out on the beach in Kamakura at the wicked bar restaurant on the beach. But alas, the trains stopped running for that in like 30 min and it was an hour and a half trip from Shinjuku station. I agreed that place was awesome … and then my buddy said something about wanting to go skiing… despite it being June… and then it all just kinda gets fuzzy.

I woke up the next day to the sound of crashing waves. The sun was staring me in the face and I had a gritty sensation in my socks… or should I say sock because I was only wearing one. I rubbed my face and realized my hand was covered in sand. For some reason, I was on the beach… in Kamakura. Wait… what? How did I get here?

The sad thing is, I still don’t know. By all logical means, there was no way I could’ve made it here sober in time let alone as the stumblesaurus that I was. Maybe drunk Chewy possesses powers that his mild manner reporter self does not. Actually that’s crazy talk, of course I do. But I guess my boss’s suggestions of going to Kamakura worked its way into my subconscious for my drunk self to grasp onto – at least that’s what he told me in between laughing his ass of at me when I called him to tell him what was up. Thankfully, I had the day off.

My buddy though… he did not.

When we finally heard from him three days later, he told us he woke up in Nagano. Both my boss and I asked if he meant Nagano station. No, he meant Nagano, Japan – as in site of the 1998 Winter Olympics – multiple hours away… by bus. Apparently he really did want to ski! The real downside to this is in Japan they have this crazy obsession with punctuality and respect to one’s work blah blah blah and his missing work meant he lost over $300 in an otherwise very easy bonus (termed regularity – it’s easy to assume it’s a part of your pay until you miss a single day of work and the whole thing gets taken off).

None of us made it to Shinjuku as we all had different things on our minds – my boss later told us he just passed out on the Yamanote loop and took a taxi home when he got kicked off the last train. I got off the easiest, even though I never did find my other sock (my shoes were safely under my head as a sweet pillow). Great adventure to say the least but… uhh… yeah…. Maybe just don’t drink so much and then talk about going crazy places?

Needless to say, none of us learned our lessons… but that’s a tale for a different day.