Skip to Content
Home C. America The Wonder That is the Panama Canal

When one thinks of grand engineering feats that humanity has accomplished in the course of the world, many wonders come to mind. Indeed few are as impressive or long-standing as the Great Pyramid at Giza, Egypt or as colossal as Burj Kalifa in the United Arab Emirates but the ones that both seem to astound and be taken for granted are those that help with transportation. For an astounding feat of engineering in a fascinating locale, look no further than the Panama Canal in the Central American nation of Panama. 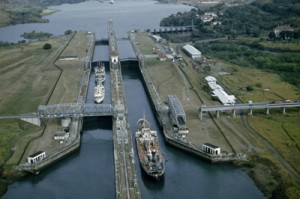 Completed in 1914, the Panama Canal history is a fascinating mix of fantasy, frustration and ultimately fruition of an unbelievable vision. Just taking a look at a map of the Americas, you can see that getting from one side to the other would be made a lot easier were there a way to cut through the middle – preferably at the narrowest point. Indeed, in the early days of colonialism, this was the idea set forth but it would take centuries until the technology of the day could make this a reality.

The first real attempt was made by the French in the late 1800s but would ultimately fail due to a number of factors. After separating from Columbia in 1903, Panama was able to have the canal built by the U.S. Army Corps of Engineers and to say that the canal has been an asset would be one of the grandest understatements one could make. Serving as a link between nations for trade and defence, the Panama Canal is not only responsible for improving the lives of many but as a model of what human ingenuity can accomplish. It truly is a wonder of the world.

These days, the canal is the property of Panama, having been handed over to the country only a few decades ago, and is an enormous source of income for the nation. Along with the revenue collected for its use as a shipping route, the Panama Canal (especially at its entrances and exits) is a fantastic tourism attraction. Merely the sight of the grand waterway and large number of commercial vessels passing through the ports make seeing the canal a remarkable experience.

For those looking at Panama as a tourism destination outside of the canal, the country has much to offer regardless of budget or intention. Resorts and upscale hotels by companies like Veneto offer luxury and sophistication on par with almost anywhere else in the world and can be enjoyed at various price points. Those looking to do the backpacking thing will find Panama an interesting destination as a transition zone between Central and South America. 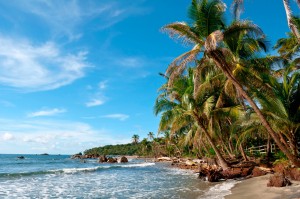 From beaches to climate, food to culture, you really can’t go wrong with a trip to Panama. No matter your intention, be sure to check out the canal while you’re in Panama and marvel at one of the wonders of the engineering world that endures to this day.