If there is one thing I know for sure about people it’s that if there’s an easier way to do something, almost everyone will do it. Even with our modern knowledge of the importance of being mobile and exercising, doing things the old fashioned way as a niche area and traditions, we still opt for the easiest ways possible. And why not? Life can be hard and wouldn’t it be better to spend it in comfort than constant toiling?

This is probably one of the reasons we domesticated animals (and even had slavery)– because why do the work when you don’t have to? Eventually machines will do everything, until they have enough and revolt, but I can’t help but think something will be lost when we stop exploiting animals for our own lazy, lazy ways.

So on that note – here are a few of the animals I would love to ride in different places all over the world. Some of these just aren’t possible but I would like to think they would make an exception for me. 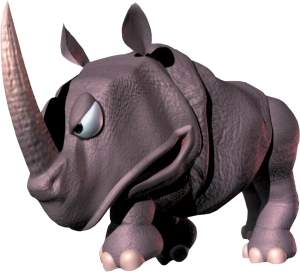 Rhino through the Amazon Rainforest

One of my life long dreams is to recreate the level of one of my childhood favourites – Donkey Kong Country. I feel like the only way I could properly do this is through riding a rhino, taking out evil crocodiles as I just for bananas in a densely canopied jungle that for some reason is completely open aired where I am riding. It’s the power of the rhino!

There’s just something about being in the heart of the urban jungle and sitting perched atop the most bad ass cat around. In this dream, I would be heading through Times Square on the sidewalk and nobody would even look twice. I would take a detour through Chinatown and kind citizens would put out bowls of milk and toss my tiger steaks to eat.

I once saw this picture of someone riding a kangaroo, on its back, past the Opera House and I thought… me too. That is all.

Giant Panda on the Great Wall of China

Again, I’m not really sure why I would want to do this, aside from how awesome it would be to check out one of the most amazing structures on Earth from the back of a wicked animal. In this dream, my panda companion will be wearing a traditional Chinese hat and dispense wit as we patrol the wall from Mongolian invaders.

Yes, I’m aware sea horses aren’t that big it would make more sense to ride a giant turtle or even manta ray… but this isn’t your dream, it’s mine. With my noble steed, I would gallop (can sea horses gallop?) through the reef and all would be good with the world.