The Internet has given us a lot more freedom when it comes to work. No longer are we necessarily confined to offices, it’s increasingly feasible to work from home, or even while travelling. With the right technology, you can be just as productive away from the office as in it. 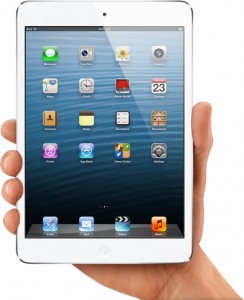 Notebooks, Tablets and Smart-phones
Depending on the type of work you’re doing, different devices might be more or less useful to you. All have their own benefits, so it’s best to bring what you need to cover your requirements.

Notebooks and laptops are best if you need the full PC experience on the go. Your work, for example, might include the use of specific programs that can’t be run on tablets or smart-phones. Even programs as basic as the Microsoft Office suite are best suited to a device with a keyboard and a bit more processing power. There are also keyboard attachments available for tablets and phones, if the touch-screen can’t keep up with your typing.

If your work primarily involves using the Internet to blog, browse or communicate with colleagues, then tablets and smart-phones might be better choices for you. Apart from being more compact – useful if you are especially strapped for space – they have a range of communication options built-in. A smart-phone is most useful in that respect, allowing you to place calls, send texts and access the Internet from anywhere with a 3G signal.

WiFi
Whatever devices you take with you, you’ll likely need to access a wireless Internet connection. Free public connections are increasingly common, in places like cafes, hotels, shopping centres, libraries, airports and major train stations. But if you’re travelling into more rural areas, they can become much rarer.

It might be a good idea to look into alternatives, such as products that convert a 3G signal into WiFi, acting as a gateway so other devices can access the Internet. But be careful using these: most phone plans offer fairly limited monthly data usage, which can be drained very quickly by a tablet or notebook, and accumulate high additional charges. Know the details of your phone plan, and if you know you will regularly be using 3G to access the Internet, ensure you sign up for a plan with a large enough data allowance to cover your needs.

Cloud Computing
If you’re working on several different devices, it can be a hassle to move files around, and keep track of the latest versions of them. Is the most recent version on your home computer, or in the office? Which one is on your notebook? Productivity can suffer from this confusion.

Cloud computing can help keep things in order across various devices. Companies like Macquarie Telecom provide cloud services that allow you to store files on their servers, which lets you access them from almost any device that has an Internet connection. No more hunting around in different places for specific files: they can all be stored in one place, accessible from anywhere.
As of Macquarie Telecom’s recent launch, users can now select which zone the servers they use are located in, allowing faster access either in Australia or the United States.

Michael Irving is a freelance writer and frequent traveller, who constantly writes while on trains.