Skip to Content
Home Europe HOW ARE TURKISH MEN IN REALITY?

Chewy Leave a Comment on HOW ARE TURKISH MEN IN REALITY?

If you are a woman and are about to visit Turkey for the first time, don’t worry. You are not the only one who doesn’t know how the men in Turkey are. Or, what to expect from them. Most women who never visited Turkey before are the same. Well, on the surface, the men in Turkey are all sweet talkers, romantic, and gentlemen. They are also very adept at flirting. Truth be told, you are bound to be impressed by the charm and appeal of Turkish men. The hospitality you will get from them may seem to be overwhelming. It’s hard to prevent yourself from falling for them, you know. That’s the reason why thousands of foreigners come to Turkey and start a holiday romance. But you must be careful. Because not every man you meet in Turkey is like how they look. Some can get you in deep trouble before you even know it. So, it would be better if you learn about some truths about Turkish men. Read on to find out those truths.

Most women get no warning about what to expect from Turkish men when they first arrive in the country. So, you might wonder if these men are going to be like the ones in your own country. You would not know if a different culture would impact their personality to a great extent. There are many stories where blonde or redheaded women got a lot of extra attention from the locals in Turkey. That happens maybe because these are foreign looks to them. However, you are bound to have a rude awakening about the men in Turkey. Usually, during the first few months of your stay.

Now, you might think, “What could go wrong with having a cup of coffee with a new male friend”? Isn’t it pretty much harmless? Well, sometimes it is. Sometimes it’s not. Nonetheless, this article is not intended to define all men in Turkey. It is not fair. Neither we are excited about doing so. Thus, we advise you not to make a stereotype about Turkish men out of it. What we aspire to do here is to give you an idea of what to expect from men in Turkey. Let us explain:

The foremost feature of Turkish men is that they are tenacious. Suppose a Turkish man asks you to go on a coffee date with him. And, you declined that proposal graciously. You can do that. There’s no harm in it. However, that will not stop him from asking you again after some time. For a few minutes, they would not bother you. Now, in the meantime, maybe you haven’t given him any extra attention. But, some would take even the trivial things seriously. That means if you make eye contact or laugh at their joke, they would take it as a hint.

It may seem strange to most. Because most men, no matter where they are from, get nervous to even ask a woman out. Once they face rejection, they are unlikely to try again. That is, of course, not true in the case of men in Turkey. So, just grin and bear with their persistence. Soon they are bound to find another woman to ask out. And, you also may find someone you are interested in.

Typical men in Turkey tend to be jealous

It is another feature of Turkish men. However, it does not apply to men only. Both women and men here have innate jealousy. In fact, jealousy is a significant part of their society and culture. When you start dating a Turkish woman or man, no other women or men exist anymore. Now in the United States or the UK, jealousy is a big no-no for most people. They have a strong aversion to it. In Turkey, being jealous is an important part of a healthy relationship. Here, you must be jealous of your partner speaking to, looking at, or going out with other men or women. Otherwise, it would indicate that you don’t love them anymore. And, no need to mention, it means trouble.

Remember that the rant about cultural differences won’t work here. Turkish people are too stubborn on this matter to change their minds. If you are not okay with it, you should not date a Turkish person at all. But if you do, you must be cautious about you who you go out with.

Everyone is chatty in Turkey

It is another aspect of Turkish people that might feel annoying to some. Especially, if you are an introvert. Let us suppose that you had tea or coffee with a guy after class and somebody sees you two together. Rest assured, by the end of the day, everybody in the school would have found out. There have been instances where a woman had run into one of her students and conversed for some time. By and by, someone asked them if the two were going to date soon. So, that can be bothersome. 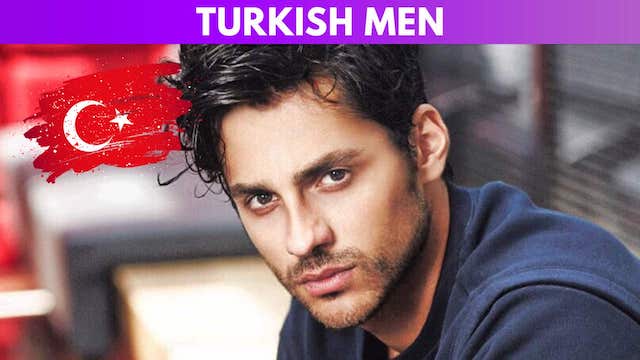 Can I kiss in Turkey?

Yes. You can kiss your partner in the face or on hand anytime, anywhere in Turkey. If the place is not that packed, you can lip kiss as well. However, unmarried couples cannot get rooms in any hotel in Turkey.

Can you date a man in Turkey?

Yes. You can date a man in Turkey. Turkey is not like typical Islamic countries where dating is seen as a sin. Nonetheless, it is still pretty conservative when it comes to relationships before marriage. You can freely kiss, hold hands, and so on based on your surroundings. But don’t expect to get a hotel room for you and your partner if you’re not married.

When can one marry in Turkey?

One can marry their partner here once they reach the age of 18. However, it’s possible for children aged 16-17 to marry as well. But they will need permission from the courts and their parents respectively.

Now that you know the truth about Turkish men, you know what to expect. But as we said earlier, don’t generalize and see for yourself. Who knows? What if you find your soulmate here? So, good luck!