Chewy Leave a Comment on Ski in Meribel with Alpine Masters!

There are few ways to enjoy the winter that are as fast paced and peaceful as skiing down a mountain. While intimidating at first, once you strap on the skis and board the gondola to the top, you’ll be instantly hooked. It’s a great activity for young and old, rich and poor alike and should be attempted by everyone with the means to do so at least once in their life.

But what happens if you live in a country without mountains or even very much snow, like the U.K. for example? Simple – head to continental Europe. 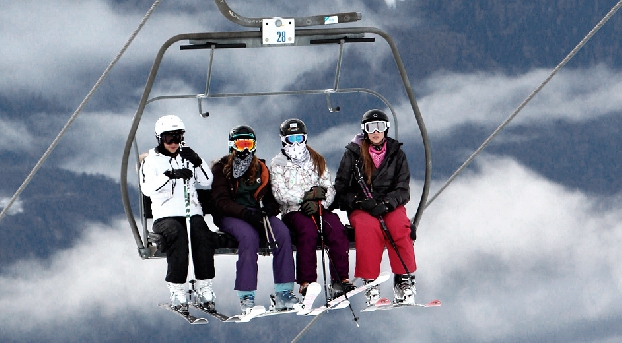 Sure, there is great skiing to be had in Canada and America in the Rocky Mountains, New Zealand and Japan, even parts of the Andes of South America, but you’re unlikely to run across a place where skiing is more a part of everyday life than in the European Keep in mind, these alps include parts of France, Switzerland, Austria and Germany and have drastically different cultures and feels from one location to the next, just as the countries themselves do!

If you’re really keen on picking up some ski lessons, why not check out the British ski school in Meribel? They focus on teaching people to ski who may have outgrown the traditional ski lesson experience and make it something fun and rewarding that you can actually put to immediate use. It doesn’t matter if you’re a first time skier or someone who hasn’t skied in years; you can be a young pup or a senior – it doesn’t matter, Alpine Masters has the skills and the experience you’ve been looking for to master the slopes with confidence.

Alpine Masters recognizes there are some people out there who may consider themselves decent skiers but aren’t quite at the level they wish they were at. For that reason, they offer coaching and training that will help you get over that hump and performing at a stronger level. Feel like adding some speed and jumping to your repertoire? Alpine Masters has you covered there as well.

Located in the Tarentaise Valley in the French Alps, Meribel is actually comprised of three interlinked towns that form a ski community. The resort itself was founded by a Scot looking to expand skiing’s popularity and development during the rise of the Nazi regime that was away from that influence, The result is a place today that has a strong British influence and is still popular to this day, regardless of nationality. It was even home to the Winter Olympics in 1992, hosting the women’s alpine and ice hockey events.

Whether you’re learning to ski or perfecting your skill, doing it in an awe inspiring setting with professionals is a fantastic way to really fall in love with something. Be sure to check out skiing with Alpine Masters and start carving up those slopes today!